I am paying for what I’ve always found to be dumb/ridiculously stupid; I have been awake for over an hour…because our DOG, Mr. Whiskey, refused to lie down and go to sleep after I put both pups in bed–the babies (main) [orthopedic] puppy bed that their Grammy (my Mom) purchased for them stays indoors, and in the corner of our dining area/kitchen. This is where they sleep at night.

While in our bedroom on the opposite side of our 🏡, I continued to hear little nails hit the kitchen floor as I was trying to get to sleep. I listened for a while, and tried to convince myself that one of the pups was simply getting up to get water (several different times). 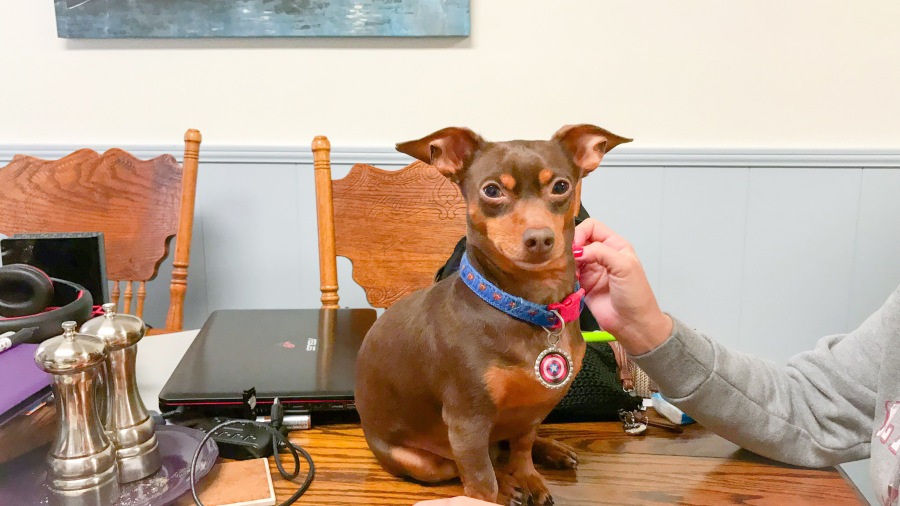 Then the sound was becoming increasingly close to our bedroom, and I heard groans directly outside our door. That was “not possible”, I thought. But, I begrudgingly got out of bed, and when I opened the bedroom door, there sat Mr. Whiskey! When I had put the pups to bed about 20-30 minutes prior, I placed the baby gate at the main entrance/exit of the kitchen, so they could not wander into the main areas of the house; the fact that he got out irritated me.

After opening our bedroom door, and seeing Whiskey sitting there, looking up at me; calmly, I said, “Whiskey, baby, what are you doing out of the puppy bed?” I then picked him up, nuzzled him, and walked to the entrance I mentioned.

Princess Coco was sitting there, investigating just how he got out…so that she, too, could escape; of that, I’m certain. As soon as the Princess spotted me; she began her descent back toward the puppy bed. With Whiskey in tow, I, too, started my trek to the puppy bed. Princess Coco was back in her spot on the bed, as I was putting Whiskey down onto it.

Coco lay her sweet head on the raised edge, while Whiskey merely squat down, still looking at me with what I saw as pleading eyes. I said aloud, “Babies, you can’t sleep in the Mommy Bed tonight, Daddy has to wake early for work.” I comforted them for several minutes before returning to the bedroom.

I used the flashlight on my iPhone in order to find my way back to our bed. I had not been lying down for even an entire minute, before I heard the nails on the floor again. I knew he could not “escape” this time, so I was prepared to see Whiskey sitting at the gate when I made my way to the kitchen.

When I walked closer to the gate, Mr. Whiskey had his ears laid back onto his head, and he was slowly trotting to the bed. It was as if he knew he was supposed to be in the puppy bed. I looked in and saw Coco with her head propped, and Whiskey was moving blankets where he could lie down with her.

I said aloud, “Coco’s a good girl.” With more authority, I said to Whiskey, “Whiskey, baby, stay in the puppy bed…it’s okay.” I thought that perhaps he heard the cats outside the window, and he was frightened.

As I walked back toward our bedroom this time, I halted in the middle of the hallway for a few minutes. When I ascertained that Whiskey was not going to get out of bed this time, I trekked back to our bedroom.

Right as I was about to lay down beside my love, I heard nails hit the floor…and several moments later, the sound became closer. I was already grabbing my pillow, and my phone, when James began stirring, and moaning…I told him that something was bothering Whiskey, and that I was going to sleep in Mom’s room (the extra bedroom) with the babies. I kissed James, and started BACK towards the kitchen; making this the third time in 20 minutes.

Not surprisingly, Whiskey was seated at the gate as I approached. Coco quickly joined him upon my entering the kitchen. I said, “Come on, babies, lets go sleep in the Grammy Bed.” With that, their tails began thumping against the floor, and I didn’t have time to push the gate all the way out of the way, before they were in the extra bedroom, and sitting on the “Grammy Bed.” 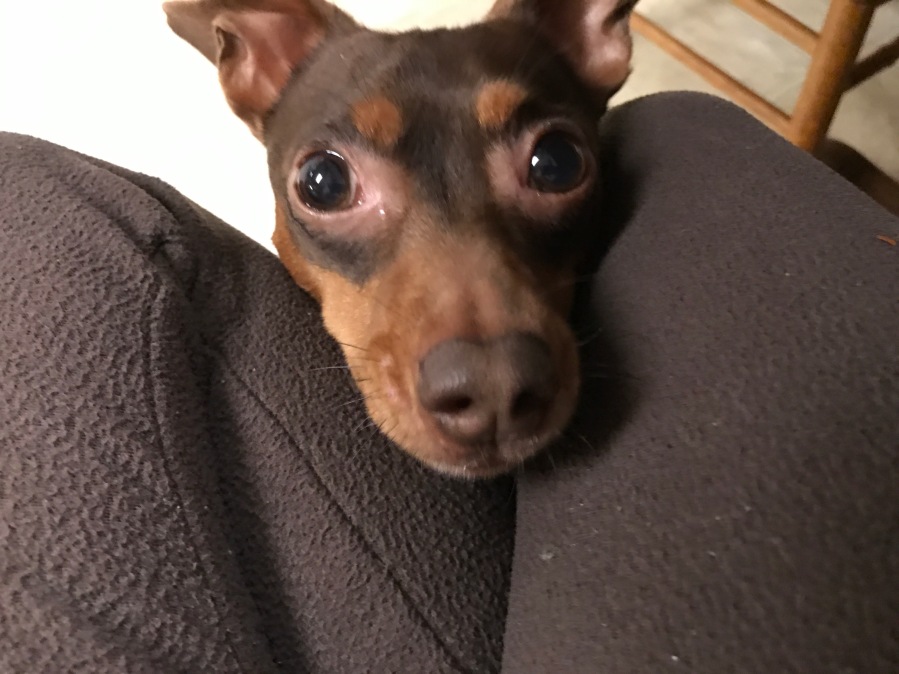 As I was going to turn off the kitchen lights…a foul odor reached my nostrils. As I walked to the laundry room, where the “potty pad” is; I saw it. My poor baby’s tummy was upset, and that is why he kept wanting attention! Closing the door to “Grammy’s room,” I cleaned up the mess my poor baby had not wanted to make indoors.

Now, we are all 3 in the extra bedroom, lying on the “Grammy Bed.” I feel horrible, because I didn’t think about his possibly trying to tell me that he needed to go outside (again). My Mom would have immediately asked him if he needed to go potty…I’m not sure why I failed to do that!

As I said at the start of this, I am paying for what I have always found to be dumb/stupid. I’m allowing DOGS to play a role in my life that a (human) child would. I feel so silly for always saying to folks who treat their dogs as family; “IT’S JUST A DOG!”

These two 4-legged, furry, children of mine; haven’t ever been, nor will they ever be considered “JUST A DOG!” I don’t know what I would do without their pure love…and loyalty. I’m one of the people I once mocked. Whiskey nor Coco will ever be “just dog’s.” They truly are my children. 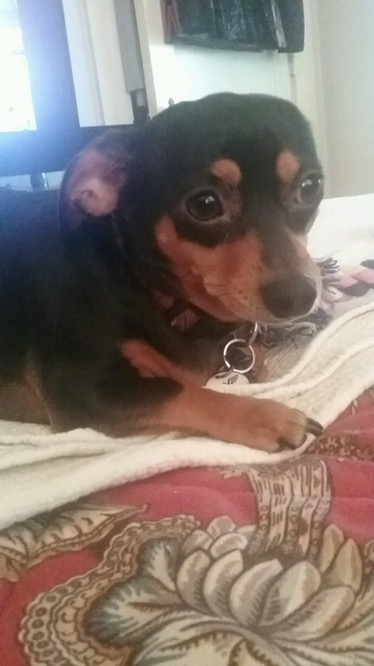 "Writing, to me; is simply thinking through my fingers." — Isaac Asimovz [This blog is mainly one that concerns my life with my furbabies; Princess Coco and Mr. Whiskey, 'Chiweenies.' You've been warned.] My blog is mostly one of "journal-esque" (diary) entries with few real names being used to protect the innocent or to keep those who are not so innocent from being tracked down. View more posts